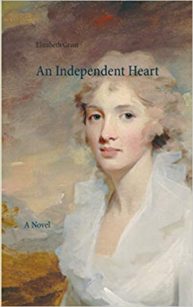 I started reading this novel because the Nivelle is mentioned in the blurb and the male lead is a captain in the Riflemen – I wouldn’t usually pick up a historical romance. The story does in fact open in St Jean de Luz in February 1814. Captain Justin Sumners learns that his elder brother has died, and returns to England, where it turns out that his father has plans for him. These involve a wealthy young woman, her half-brother, and a seat in parliament… It’s a love story, but I really enjoyed it. The historical background is very good, and that goes for the characters as well. While as a reader you really want to know if the hero and heroine end up together, they are far more worried about family and duty. Justin despises his father, but doesn’t want to expose him to ridicule. Claire is used as a pawn by her half-brother, but remains loyal to him all the same. This may sound a bit ponderous, but oddly enough it isn’t. The story moves fast and the writing is fine, witty dialogues and some really beautiful descriptive passages. There’s a bunch of little sisters who are rather fun, a tragic lovelorn cousin, a wise Spanish batman. The hero is both gentle and tough, and while the heroine comes across as aloof and cool (just look at the cover), I liked her a lot in the end, and even went back to the early chapters to search for clues to her character that I’d missed.