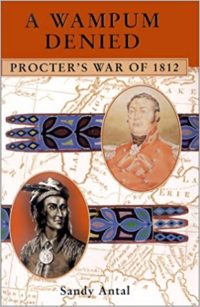 A Wampum Denied reassesses the much-maligned career of Henry Procter, commander of the British forces, traces the Canadian/British/Native side of the conflict (amid a literature dominated by the American view), and casts new light on an allied military strategy that very nearly succeeded, but when it failed, failed spectacularly.