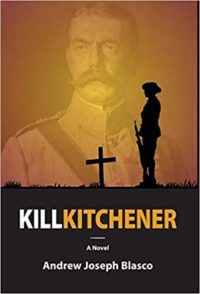 In 1895, Fritz Duquesne, an aristocratic South African, is sent to England for his formal education. During his time there, tensions rise between the British and his homeland as the age of African colonialism peaks. A boiling point is reached between Fritz and his adopted brethren when he is sent back home -- this time as a commissioned British army officer.

Simultaneously, the screams for freedom are still being heard just on the other side of the Irish Sea. There John MacBride does anything to join the revolutionary Irish Brotherhood and end the British occupation of his island once and for all. With funding running low for their cause, MacBride is forced to seek financial backing from overseas. This leads him to South Africa where the recent discovery of gold has drawn the attention of everyone looking to exploit the newfound riches, including the ever-hungry British Empire.