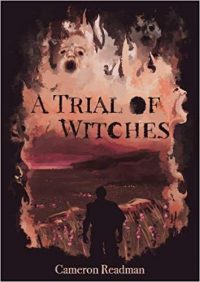 A historical fiction based on the harrowing Berwick Witch Trials in the late 16th century, the Lord Earl Bothwell, Francis Stewart, a powerful baron in early modern Scotland and leader of one of the few remaining covens, discovers his two worlds are not compatible. When one of his witches is captured and tortured during the harrowing North Berwick Witch Trials, he must decide what is more important to him; the cold-blooded balancing act at the top of the ruling class, or the survival of his own kind.

Yes, I am submitting my own book, however I recently wrote to Mr. Cornwell and was politely invited to submit it here. In writing this, my first novel, I was heavily inspired by the works of Mr. Cornwell and it features a prominent historical elements.