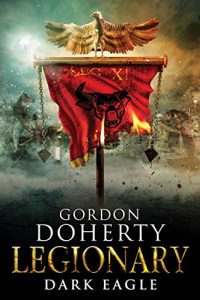 "What hope has one forgotten soldier of bringing an emperor to justice?

Winter, 382 AD. The Gothic War is over. After years of bloodshed, the Eastern Roman Empire and the Goths have struck a deal for peace. Imperial heralds crow about the treaty as if it were a triumph. Feasts and celebrations take place across the Eastern provinces. Every hero of the war is honoured and acclaimed... except one.

Tribunus Pavo languishes in exile, haunted by a dark truth: that it was Gratian, Emperor of the West – the most powerful man alive – who caused the war and manipulated its every turn. Tormented by memories of loved ones lost during the great conflict, one word tolls endlessly through Pavo’s mind: Justice!

But in this great game of empire, justice rarely comes without a grave cost…"