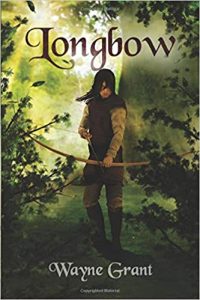 The Saga of Roland Inness is a story of honor and loss, loyalty and treachery.  In Longbow, the first in the series, 14 year old Roland Inness desperately needs meat for his starving family, but he takes the wrong deer on the wrong nobleman’s land. Worse yet, he uses his longbow, a weapon suppressed by the Norman overlords of England. Now they are coming for him.

With one shot the peasant boy is launched on a desperate flight that takes him from the mountains of Derbyshire to the wild frontier of Wales and on to the court of Richard the Lionheart.  Along the way he is hunted by a paid killer, aided by a strange monk named Tuck, and taken in by a gruff Norman knight, who values his amazing skill with the bow.  That skill and his courage are sorely tested as he fights to earn the trust of his new master.