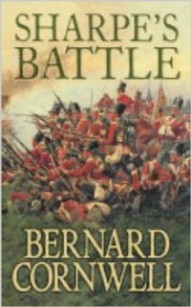 Richard Sharpe and the Battle of Fuentes de Onoro, May 1811

This, like Sharpe’s Rifles, was written at the request of the TV producers, though I can’t remember why they wanted this one. It tells the ghastly tale of the battle of Fuentes d’Onoro, a bloody struggle on the Portuguese frontier which deteriorated into a gutter fight in the narrow alleys of a small village. It was a French defeat, but they still chiselled it into the Arc de Triomphe as a victory – I guess they were short of victories so just added a few defeats to make up the numbers.