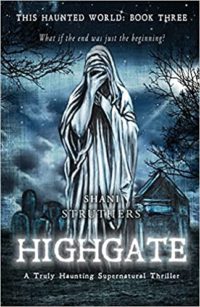 I would really like to nominate for the club’s consideration, ‘Highgate’ by Shani Struthers. She is a prolific writer of over 20 books and has built a huge following of largely Paranormal fans over the years. This is a story told through the eyes of three female characters, living in different times, the 19th, 20th and 21st centuries. It is a dark, mysterious, emotional, and often harrowing tale based on true events. Well researched, the book paints vivid pictures, not only of the famous cemetery, but of vulnerable women living in terribly harsh and unjust times. ‘Highgate’ is a spooky delight which I would thoroughly recommend. Many thanks.