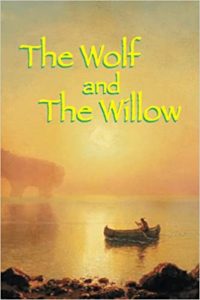 An epic battle in Native America unites two lovers from the ends of the earth in this story drawn from historic events. The first book in "The Ojibwe Saga" by Robert Downes, "The Wolf and The WIllow" is the prequel to his award-winning novel of Native America, "Windigo Moon."

A young Moroccan house slave, Safasaf (Willow), is captured by Portuguese pirates and traded in the slave market at Seville. Swept up into the 1528 expedition of Spanish conquistador Panfilo de Narvaez, Willow encounters an Ojibwe trader in the New World.  Animi-Ma'lingan, He Who Outruns the Wolves, is on a mission down the Mississippi River to find a mysterious animal for the shamans of the Ojibwe nation.

Together, Willow and Wolf battle their brutal captors in an odyssey up the Mississippi, with their fate to be decided amid the ancient ruins of the Indian city of Cahokia, site of the largest earthen pyramid in the Americas.

This novel of first contact between Native peoples and European invaders explores the problems of miscommunication and cultural differences that resulted in a wretched outcome for the Indians of the Americas.

Downes's novel, "Windigo Moon" was hailed as "A simply brilliant work of historical fiction" by the Midwest Book Review.  The author believes that "The Wolf and The Willow" tops that mark in terms of its vivid characters and swashbuckling adventure.