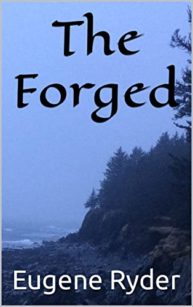 This review provided by the book's author.

A war band of Northmen called The Forged battle for a dying empire as it struggles to survive the turn of the 12th century. Sent on a task of violence, they will find the edges of the known world and the darkest chasms of human cruelty. The winds of war have blown warriors across the ocean of history. Some reach the horizons of legend, while others sink to the depths of the forgotten.

This is a novel I wrote about a band of warriors inspired by the unit and men I served with.