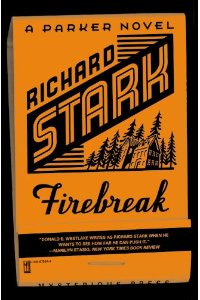 American readers probably won't need any introduction to the Parker novels by Richard Stark (who is actually the thriller writer Donald Westlake), but Parker is not as well- known in Britain and he deserves to be. If you like your crime adventures hard-boiled, then discover Parker. No one, not even Sharpe, is as tough as this criminal, and the stories are told in a spare, no-frills prose that just adds to the menace.