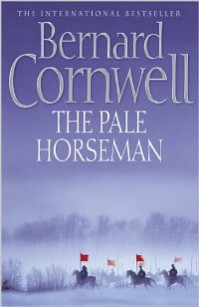 The Pale Horseman (the title is a reference to Revelation 6. 8) is the second book in the tale of Uhtred, Lord of Bebbanburg, and his tangled relationship with Alfred the Great, King of Wessex in the 9th Century. The story begins on the day after the events described in The Last Kingdom end, and goes on to describe the fateful year in which the Danes capture Alfred’s kingdom and drive him as a fugitive into the marshes of Athelney. It seems that Wessex, and England, are destroyed, but Alfred is determined to make one desperate gamble that might save his kingdom . . . .

Click here to read an excerpt from The Pale Horseman

Click here to read reviews of The Pale Horseman