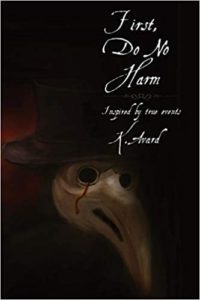 Vienna in the 17th century teeters on the boundary West and East halves of the 'civilized world," its people beset by unfriendly neighbors on all sides. Less blinded by the old hatreds nursed by his fellow citizens, minor nobleman Dietrich is more concerned with his physician's passion to heal and an endless pursuit of knowledge. Where other nobility overlook the needs of the common people, he commits himself to a life of city-service and study, patrolling the streets by night.

But when his discovery of a recently deceased man discovers the ravages of a new disease - and foul play - the cycle of uncomplicated living is broken. Chasing both cure and killer, Dietrich races to halt the relentless march of death baptizing all in an uncaring sacrament of death.