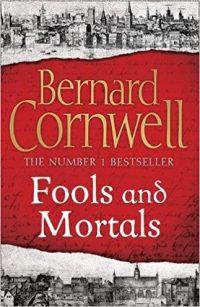 In the late sixteenth century as the English theater begins to flourish outside of London, a growing number of playhouses, playwrights, and actors vie for glory and success. In this bawdy, brutally competitive world, young actor Richard Shakespeare struggles to make his mark in a theater company dominated by his estranged older brother, William. Their rivalry is the centerpiece of this high-stakes story of conflict and betrayal.

Click here to read an excerpt from Fools and Mortals