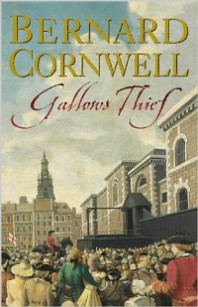 Gallows Thief is a detective story, set in Regency London, a time when there were no detectives as such. There was a very busy gallows, however. This was a period when the English and Welsh gallows were at their busiest and, very occasionally, the government appointed an ‘Investigator’ to look into a conviction. That Investigator is my hero and detective, a man who was an army officer, but who, since the battle of Waterloo (it had to get in somehow) has fallen on hard times.

Click here to read an excerpt from Gallows Thief