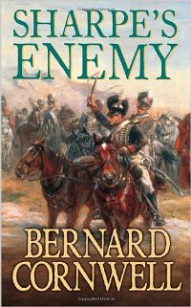 His enemy is, of course, Obadiah Hakeswill. This is one of the few books in which the action is entirely fictional. Yet the book does have some basis in fact, very odd fact. By 1812 a lot of men had deserted from the British, French, Spanish and Portuguese armies and some of them, too many of them, had banded together in the border mountains where they were led by a renegade Frenchman nicknamed Pot-au-Feu. They formed a semi-military group of bandits and their enemies all agreed on one thing – they had to be crushed. Send for Sharpe.