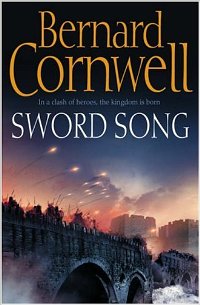 The fourth book of the Saxon Stories

Sword Song continues the story of Uhtred, the Saxon warrior who is a reluctant ally of Alfred the Great. This story, which occurs some five years after the events described in Lords of the North, tells how Alfred’s forces evict the Danes from London. Wessex, Alfred’s kingdom, has survived the great Viking assaults and now, with Uhtred as a leader, the West Saxon forces begin the campaigns of conquest that will end with a new kingdom called England.

Click here to read an excerpt from Sword Song