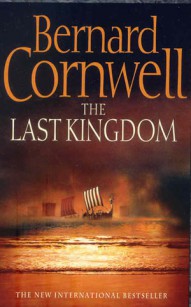 ‘I had been given a perfect childhood, perfect, at least, to the ideas of a boy. I was raised among men, I was free, I ran wild, was encumbered by no laws, was troubled by no priests and was encouraged to violence.’ Uhtred is an English boy, born into the aristocracy of 9th Century Northumbria, but orphaned at ten, adopted by a Dane and taught the Viking ways. Yet Uhtred’s fate is indissolubly bound up with Alfred, King of Wessex, who rules over the last English kingdom when the Danes have overrun Northumbria, Mercia and East Anglia.

That war, with its massacres, defeats and betrayals, is the background to Uhtred’s childhood, a childhood which leaves him uncertain of his loyalties, but a slaughter in a winter dawn propels him to the English side and he will become a man just as the Danes launch their fiercest attack yet on Alfred’s kingdom. Marriage ties him further to the West Saxon cause, but when his wife and child vanish in the chaos of a Danish invasion, Uhtred is driven to face the greatest of the Viking chieftains in a battle beside the sea, and there, in the horror of a shield-wall, he discovers his true allegiance.

Click here to read an excerpt from The Last Kingdom