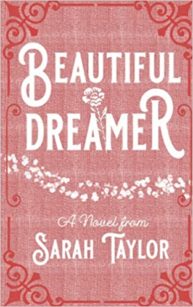 "This is an interesting biography of the great songwriter Stephen Foster...The reader will learn much about Foster's life, family, and the times in which he was living. Through stories from his Uncle Struthers, we learn about the Revolutionary War and the songs that were played then. During Stephen's life, we learn about the prohibition, and the unrest leading up to and after the beginning of the Civil War. We watch as Stephen, rejected by West Point, goes instead to Cincinnati to begin his dreams of publishing music." - Reedsy

"Before I read this book, I was of the opinion that biographies are often boring. Well, I have tried some before but quit them midway. But let me tell you, Beautiful Dreamer is unlike them all!

It deals with strong themes, which are sure to string up deep emotions in the reader." - Book And Brook

Quiet and dreamy-eyed, Stephen Foster wants nothing more than to be a musician in a world where boys are supposed to grow up and go into business, like the family hero, his older brother William. Even though he can play the flute perfectly from the age of six, his family’s expectations of a traditional profession drive him to Cincinnati, where he works at his older brother Dunning’s warehouse. While in Cincinnati, he publishes his first great hit at the age of twenty-one, “Oh! Susanna.” With Firth, Pond and Company, the best New York publisher, to sell his songs and E.P. Christy, among the greatest of minstrel performers, to sing them, Stephen is sure he can make songwriting his business. He turns out hits like “Old Folks at Home” and “My Old Kentucky Home, Good Night,” songs that Frederick Douglass said “awaken the sympathies for the slave,” as if his life depends on it. With the Civil War approaching and personal tragedies striking, it does.