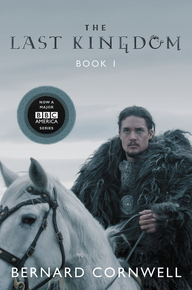 HarperCollins is re-releasing The Last Kingdom with a new cover to tie-in with the TV series. The series will air on BBC America on 10 October 2015 beginning at 10pm ET.